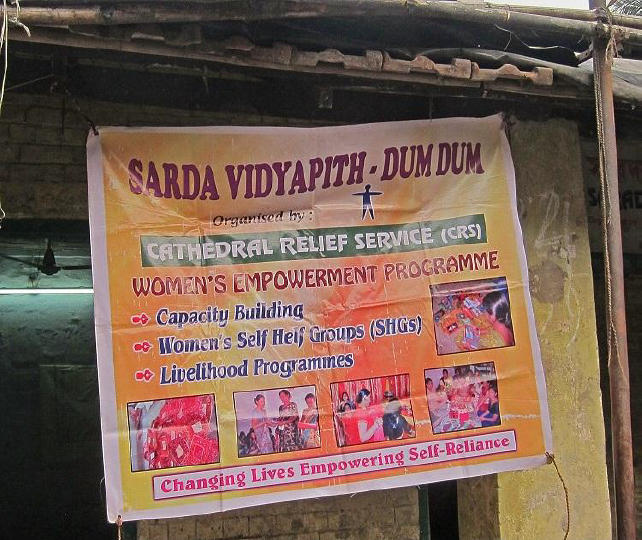 The project which immediately impressed us was the Dum Dum Project which is run by Cathedral Relief Services (CRS). CRS is the social action programme linked to St Paul’s Cathedral in Calcutta. It is professionally run to a very high standard.

The Dum Dum Project is set in dilapidated buildings which are surrounded by partly-built apartment buildings. Redevelopment of the city is constantly sweeping away the kind of buildings in which the poorest people of the community have lived. In their place come shiny new apartment blocks which command prices which nobody other than the newly affluent in India could afford. 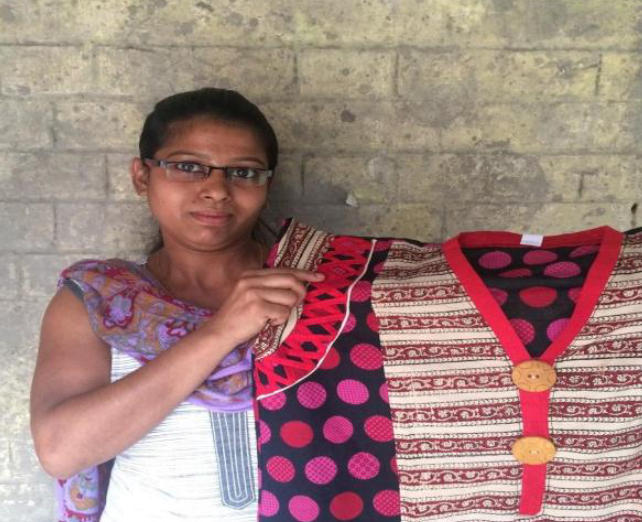 The Dum Dum project helps women acquire skills in sewing and in creating goods which can be sold.

The purpose of the project is to provide support for young women and their children. They help the women to acquire skills in sewing and in creating goods which can be sold. This involves helping
them to gain access to microfinance so that they can acquire sewing machines and other equipment. It also involves the provision of education and developmental support for them and
for their children. This is all about bringing them to a point where as women they are less at risk of gender violence and for the children that the risk of abuse and trafficking is substantially reduced.

Relatively small amounts of money go a long way in India. So expect to be able to help a number of projects in the Diocese.

Bosekati was a very memorable visit for our group. We arrived by rickshaw in a remote village after a long journey. This too was a project about education and development for the children of
the village. But it also dealt with the most basic help — Alison and I were asked to help serve a meal to the
children. It was obvious that this was probably the only substantial meal which those children
would receive during the day.

Those of us who visited the Diocese of Calcutta in December came back feeling that there is now real potential for a good relationship on a number of levels. This support for projects of the diocese is probably the most obvious. But there are others which we hope to explore: women’s issues and gender violence; working with the historic and family links which connect many people in Scotland to India; congregational twinning; exploring the history of mission in India because the first Christian missionary in Calcutta was Alexander Duff who came from Pitlochry.

I hope that you will support this Lent Appeal as generously as you have supported other appeals in the past. If you would like more information, please get in touch with me.

Thank you for your support